Are you worried about global warming? 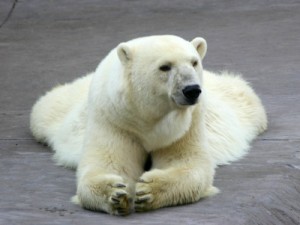 To the extent that global temperatures are rising, and the extent that mankind is the cause, we should be concerned about global warming. Climate change I meant to say, please excuse me.

It’s no wonder that the term global warming has been replaced by climate change. As the following two charts show, the models that are in common use by climate scientists have predicted rising temperatures, but actual observations of temperatures have not conformed to predictions. Temperatures have been level in recent years.

Here’s a simplified chart of the temperatures predicted by climate scientists compared to actual temperatures. A more complicated version follows. Click on either chart for a larger version.

As you can see, actual temperatures have not risen as they should have, if only the Mother Earth would conform to the predictions of climate scientists. Despite this lack of predictive power, global warming alarmists (oops, I meant climate change alarmists) insist we should radically restructure our economy in order to accommodate the predictions of climate models that have been shown to be not very predictive — if we are concerned about accuracy. 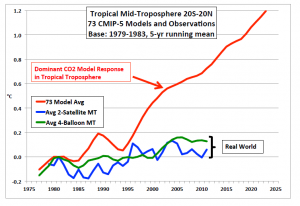 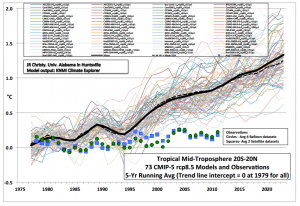