During Sunshine Week, here are a few things Wichita could do 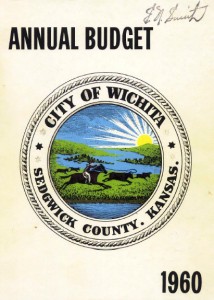 The City of Wichita says it values open and transparent government, but the city could improve several areas of providing information and records to citizens.

The City of Wichita is proud to be an open and transparent governmental agency, its officials say. Wichita Mayor Carl Brewer often speaks in favor of government transparency. For example, in his State of the City address for 2011, he listed as an important goal for the city this: “And we must provide transparency in all that we do.” When the city received an award for transparency in 2013, a city news release quoted Wichita City Manager Robert Layton:

Despite the proclamations of the mayor and manager, the city needs a change of attitude towards government transparency. Here’s perhaps the most glaring example of how the city goes out of its way to conduct public business in secret.

Citizen watchdogs need access to records and data. The City of Wichita, however, has created several not-for-profit organizations that are controlled by the city and largely funded by tax money. The three I am concerned with are the Wichita Downtown Development Corporation, Go Wichita Convention and Visitors Bureau, and Greater Wichita Economic Development Coalition. Each of these agencies refuses to comply with the Kansas Open Records Act, using the reasoning that they are not “public agencies” as defined in the Kansas law that’s designed to provide citizen access to records.

The city backs this interpretation. When legislation was introduced to bring these agencies under the umbrella of the Kansas Open Records Act, cities — including Wichita — protested vigorously, and the legislation went nowhere. Now, just this week the City of Wichita added a new tax to hotel bills that may generate $3 million per year for the convention and visitors bureau to spend. Unless the city changes its attitude towards citizens’ right to know, this money will be spent in secret.

Another example of the City of Wichita’s attitude towards citizens and open government took place at a Kansas Legislature committee hearing last year. I had asked for email to or from a certain official for a certain period of time. The response from the city was that my request would encompass some 19,000 email messages, and the city denied the request as too burdensome. Fair enough.

But the city’s lobbyist told legislators that my request for 19,000 emails was an example of abuse of the Kansas Open Records Act, and cited it as evidence as to why reform was not needed. But I did not request 19,000 email messages. I made a request for messages meeting a certain criteria, and I had no way of knowing in advance how many email messages this would entail. The City of Wichita denied this request as burdensome, so there was either no cost or very little cost for the city. No harm, no foul.

But the City of Wichita used this incident and a similar incident involving the Kansas Policy Institute as reasons that the Kansas Open Records Act needs no reform. This illustrates a problem with the attitude of Wichita city government towards citizens’ right to know.

This attitude may be noticed by the citizenry at large. Survey respondents were asked to rate “the job Wichita does at welcoming citizen involvement.” The results are shown in the nearby chart created from data in the most recent version of the Wichita Performance Measure Report. The numbers are the percent of respondents giving “excellent” or “good” as their response to the question.

The report says this performance is “much below” a benchmark set by the National Research Center National Citizen Survey.

An important way governments can communicate with their subjects is through their websites. Wichita moved to a new website early in 2013. With the launching of the new City of Wichita website, the city has actually taken a step backwards in providing information to citizens.

Here’s an example. The old city website had budgets going back a long way, back to the budget for 1960 — 1961. The oldest budget I can find on the present website is for 2006.

Looking for minutes of important boards such as the Metropolitan Area Planning Commission, we find similar results. On the old website, minutes of MAPC were available back to 1999. The new version of the website seems to have minutes back to only 2012.

Also, something that had been very useful is missing, and hasn’t been replaced: MyWichita.

This email reminder service was very valuable. It’s a basic customer service feature of many commercial and governmental websites. But MyWichita didn’t survive the conversion to the new website, and there’s nothing that replaces its function. When I asked about this missing functionality, the city said it was working on a replacement that should be available in a month or two. It’s been almost a year since I asked.

Many governmental agencies post their checkbooks on their websites. Sedgwick County does, and also the Wichita school district. Not so the City of Wichita.

Even after asking for checkbook spending data, Wichita can supply data of only limited utility. What was supplied to me was data in pdf form, and as images, not text. It would be difficult and beyond the capability of most citizens to translate the data to useful format. Even if someone translated the reports to computer-readable format, I don’t think it would be very useful. This is a serious defect in the city’s transparency efforts.

Kansas law requires that local government agencies publish legal notices for a variety of topics. Presently these are published in the Wichita Eagle at great cost to taxpayers. These notices could also be published on the city’s website, where they could be searched and archived. This would increase the usability of these documents at very little cost to the city.

When governmental agencies like the City of Wichita fulfill records requests, they could also publish the records on their websites. Most of the time the records are supplied electronically, so this is an additional simple (and low cost) step that would leverage the value of the city’s effort.

What do lobbyists, including taxpayer-funded lobbyists, do in Topeka? One thing they do is testify before committees, in both verbal and written form. Another thing they do is to prepare reports for the clients, advising them on upcoming legislation, analyzing how it affects them, and what the prospects for the bill might be. They also meet with legislators and their clients, which are your elected officials.

I see nothing in the Kansas Open Records Act that allows local governmental units in Kansas to refuse to disclose these documents: testimony, reports by lobbyists to their government clients, and the lobbyists’ calendars (or billing records for contract lobbyists). Instead of making citizens ask for these records, possibly paying fees to obtain what they’re already paying for, why don’t local governments post these documents immediately on their websites?

If the actions taken by taxpayer-funded lobbyists are truly in the public interest, you’d think that cities, counties, and school boards would already be making this information easily available. In any case, there should be no resistance to starting this program.