I have often wondered why economists, with these absurdities all around them, so easily adopt the view that men act rationally. This may be because they study an economic system in which the discipline of the market ensures that, in a business setting, decisions are more or less rational. The employee of a corporation who buys something for $10 and sells it for $8 is not likely to do so for long. … A politician who wastes his country’s resources on a grand scale may have a successful career.
— Ronald Coase 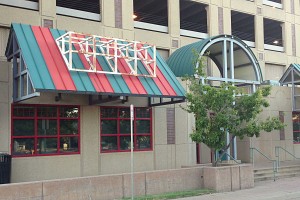 At one time it was thought that the Wichita city-owned parking structure in the 400 block of East William Street would house retail shops along the street. But the results should give us reason to be wary of government economic development efforts.

As reported by the Wichita Eagle almost twenty years ago on Wednesday, October 20, 1993:

The council also approved a plan to spend about $76 a square foot to construct roughly 6,000 square feet of retail space on the first floor of the parking garage. The space would lease for an estimated $8.70 a square foot.

Council member Sheldon Kamen questioned that part of the plan. ”I just can’t visualize spending $76 a square foot,” he said. “If I was a developer I wouldn’t spend $76 a square foot for retail space on William street.”

Council member Joan Cole disagreed with Kamen, calling $8.70 a “very good price” that would attract tenants. ”It is my feeling there are small operations that would find this kind of small space very attractive,” she said.

But it hasn’t happened. As can be seen in this video, a Wichita city government office occupied some of the space, but the office has moved to another location.

It’s not as though the building has some advantages. There are hundreds of state employees parking in the garage each workday. It’s adjacent to the block with the Eaton Hotel and the Wichita Downtown Development Corporation, the agency charged with promoting downtown. This retail space is right across the street from the city’s bus transit center. It’s also one block away from the Intrust Bank Arena, which was promoted as a driver of commerce and activity for the surrounding area. 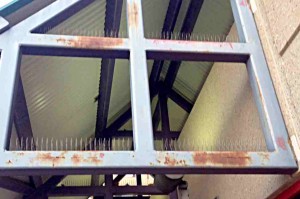 As can be seen in the nearby photos (click them for larger versions), a walk down this block also reveals maintenance issues that might, in some circumstances, be considered as contributing to blight. Maybe that’s why there’s evidently no demand to rent this space — except by a government office, and even it has left.

What is the difference between private ownership of assets and government ownership? A big factor is the accountability provided by markets, along with the profit motive. Private owners of rental property like this have a big incentive to keep it filled with tenants. If the private owners are able to attract tenants and control their costs, they can earn a profit. Markets impose a discipline on these costs, because landlords can charge only what the market will bear for rent. If landlords can’t attract tenants, or can’t control costs, they go out of business. That makes the property available to someone else, perhaps someone who can manage the property successfully.

Markets and the profit motive are not perfect. But when private landlords are inefficient, no one is harmed except the landlords.

Government, however, can’t earn a profit or suffer a loss. It can’t even calculate profit and loss in any meaningful sense. Usually government doesn’t account for its capital investment. That’s certainly the case with this empty retail space. A private landlord would realize that this empty space that can’t be rented has an opportunity cost that is very real. That doesn’t appear to be the case with Wichita city management.

This illustrates the weak accountability that government faces. Despite situations like this, the Wichita city manager received effusive praise from the Wichita City Council this year, along with a large raise in pay. Two years ago the incumbent Wichita mayor didn’t inspire a strong opponent, and only about 12 percent of the people bothered to vote.

Considering all the advantages this government property has, it’s failing. It has no tenants, and it’s becoming blighted. The best thing the city could do is sell this property so that the benefits of markets and the profit-and-loss system can replace city bureaucrats.