To examine the record of presidents regarding economics, I gathered data from several sources and present it in an interactive visualization. It holds about 47,000 observations of 90 variables.

The example shown below is the energy intensity index. This measures the amount of energy consumed to produce a unit of gross domestic product, or GDP. It is an index value produced annually, with the year 1990 set to 100. In 2020 the index was at 56, meaning that energy used per unit of production is barely more than half than in 1990. This index is produced by the U.S. Energy Information Administration (EIA). Click here for more about the energy intensity index. 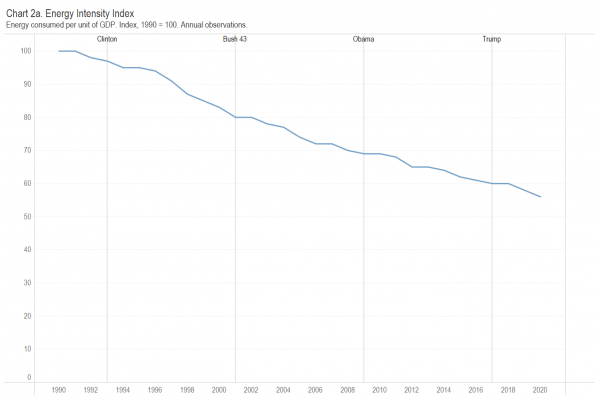