GDP is the measure of total economic output and is a primary measure of the health and performance of an economy. GDP is so important that recessions are defined as a fall in GDP.

One of the calculations I performed is finding the difference between the value for a metro and the nation. The most useful of these is the difference in per capita GDP between a metro and the nationwide value. If this value is zero, the metro produces at the same rate, per person, as the nation. This lets us place values in context: If per capita GDP for an area is $50,000, what does that mean? The value for the Wichita metro in 2021 was $52,569, so Wichita is below the national value by $6,516. 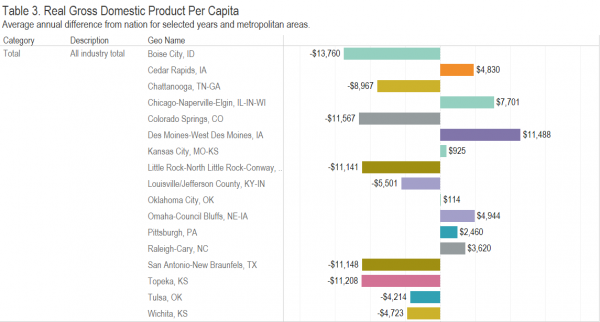 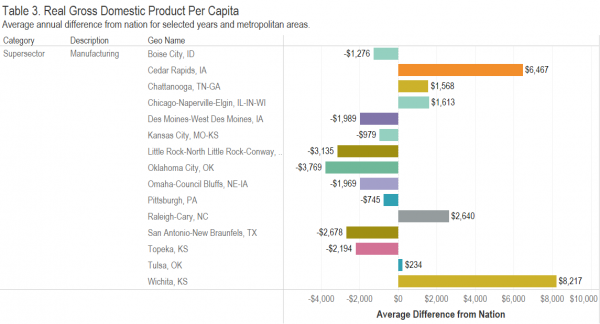 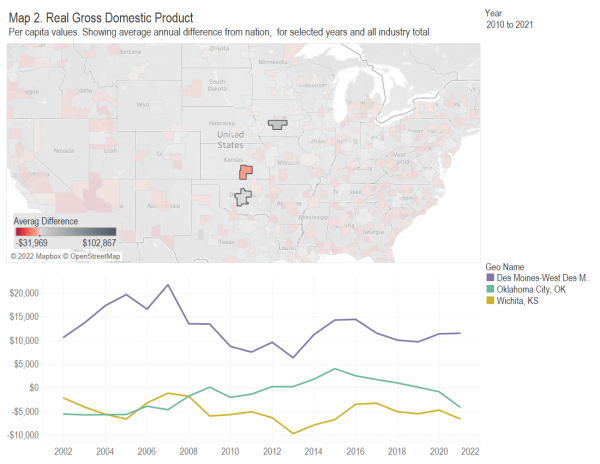 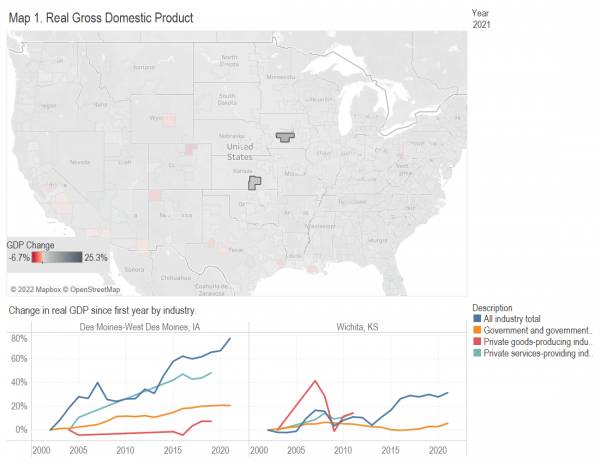