Real Personal Income for Wichita and other Metropolitan Areas

An interactive visualization of real personal income in metropolitan areas.

BEA provides these values in real dollars, meaning adjusted for inflation with values expressed as 2012 dollars. Besides adjusting for the effects of overall inflation, BEA also adjusts these figures for regional price parity. This accounts for differences in prices in different regions of the nation.

When averaging values over the longer period from 2011 to 2011, Wichita ranks:

Table 2 holds this data. An example of this table follows. 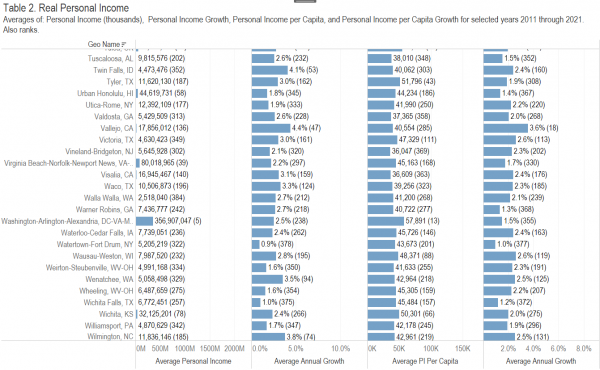 A nearby example shows the Wichita metro area and some others. Wichita had been above the nation in personal income, but over the past five years, the difference has diminished to Wichita being nearly the same as the nation.

An interesting observation is the variability of per capita real personal income. The box plot shows this. The height of the box represents the middle 50 percent of the data. This box is taller for Wichita than for many of the nearby metros, especially Omaha and Des Moines. 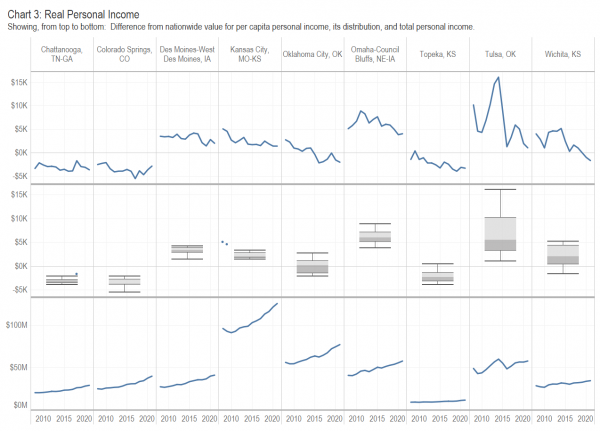 Data ranges from 2008 to 2021. To learn more about this data and access the interactive visualization, click on Visualization: Real personal income by metropolitan area. 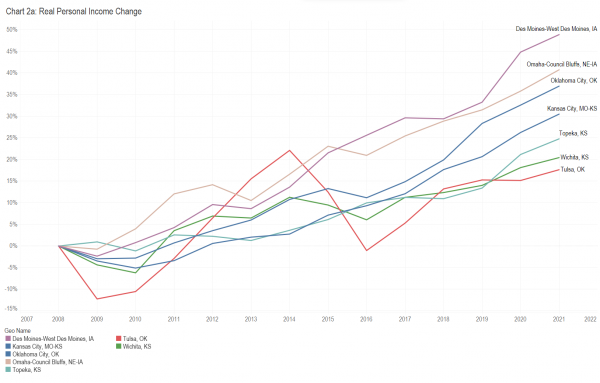 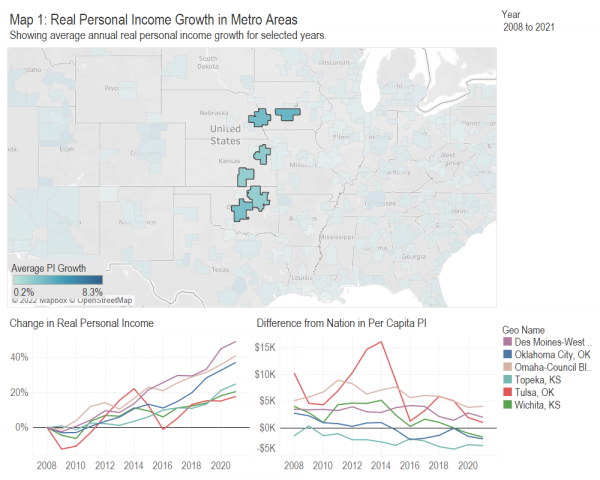