For the Wichita metropolitan area in September 2021, the number of unemployed persons is down, the unemployment rate is down, and the number of people working is up when compared to the same month one year ago. The recent trend exhibits only small changes.

Data released this week by the Bureau of Labor Statistics, part of the United States Department of Labor, shows a steady employment situation in the Wichita Metropolitan Statistical Area for September 2021.

Considering seasonally adjusted data from the household survey, the labor force fell by 13 persons (0.0 percent) in September 2021 from August 2021, the number of unemployed persons fell by 33 (0.2 percent), and the unemployment rate was 5.3 percent, unchanged from August. The number of employed persons not working on farms rose to 302,889 in September from 302,869 the prior month, an increase of 20 persons (0.0 percent).

The following chart of the monthly change in the labor force and employment in Wichita over the pst year shows both gains and declines. The rate of change since March is small as the economy settles into a more stable pattern as Wichita and the nation recover from the pandemic. 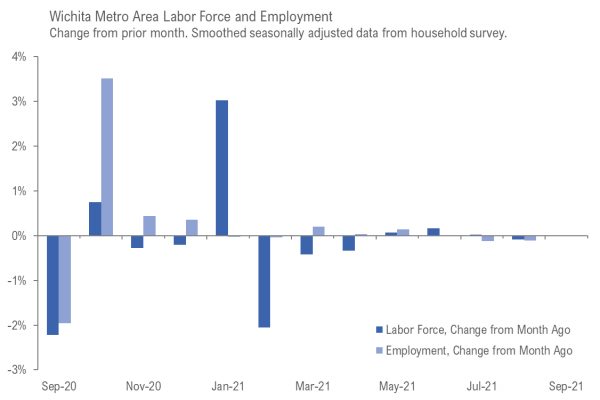 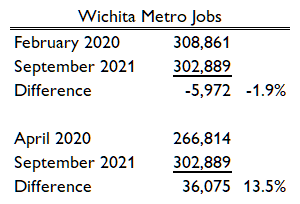 The following chart of changes from the same month one year ago shows Wichita now having more jobs than a year ago for the past five months. The labor force grows and shrinks. 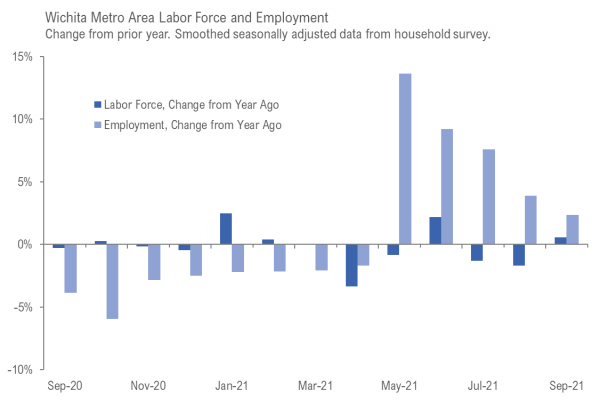 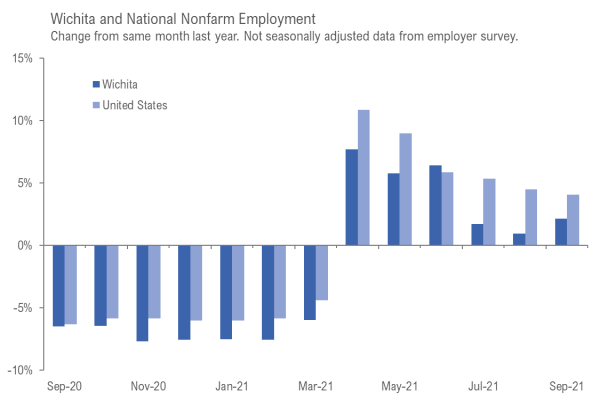 The following chart shows the monthly change in nonfarm jobs for Wichita and the nation. Since September 2020, the changes have been relatively small, with both gains and losses. The loss of jobs in July is notable for its large sie. 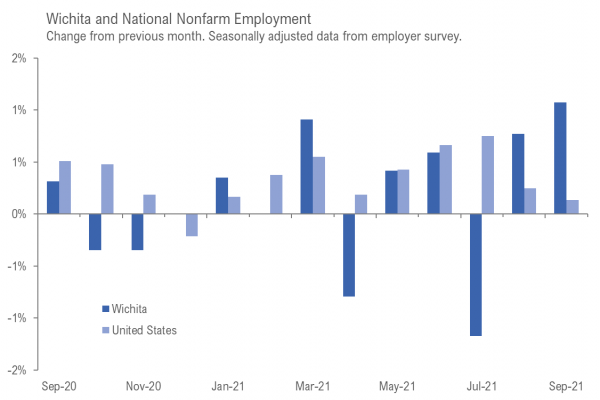 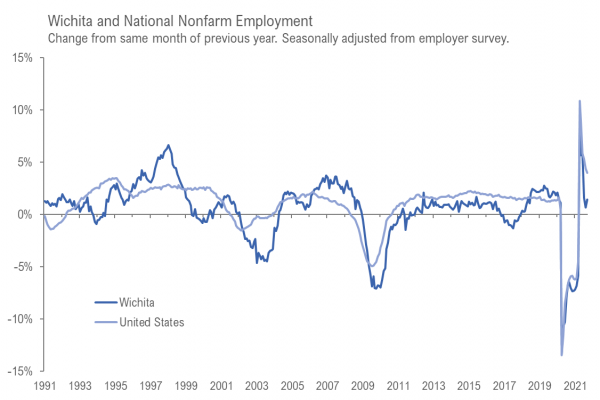 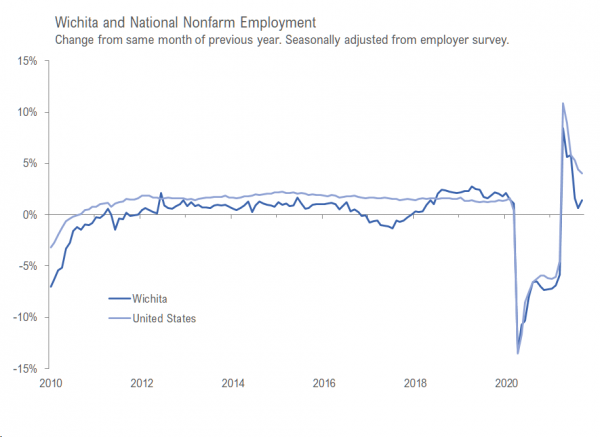 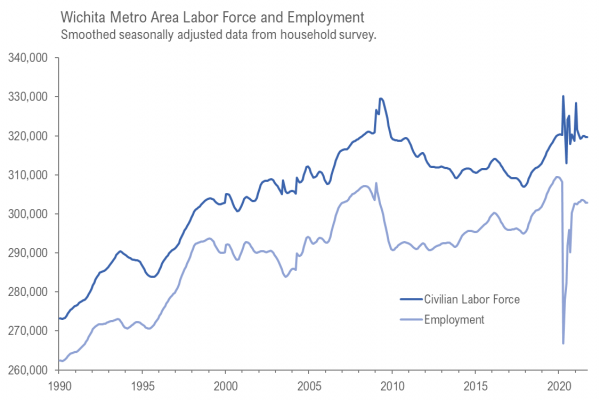 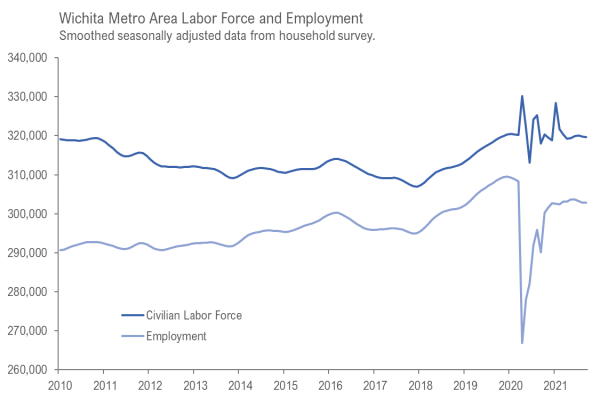 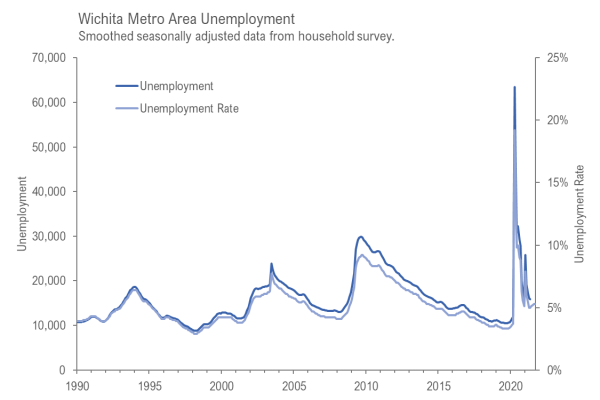 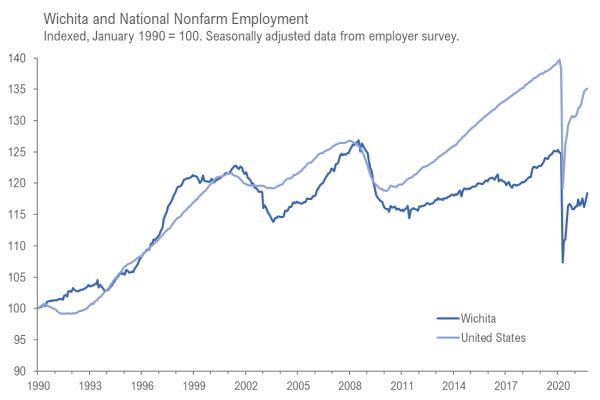 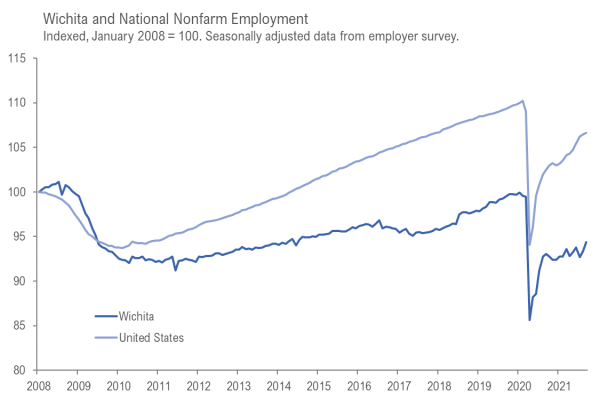 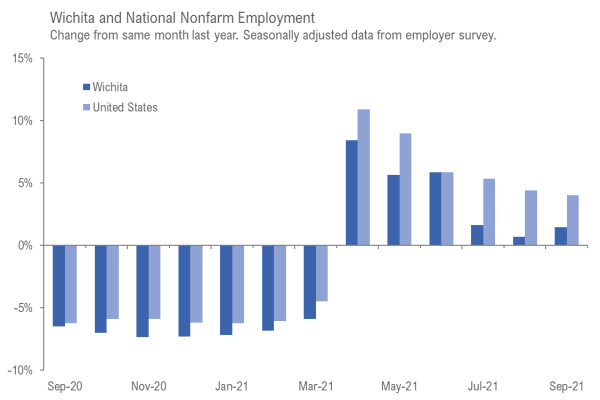