For the Wichita metropolitan area in October 2021, the number of unemployed persons is down, the unemployment rate is down, and the number of people working is up when compared to the same month one year ago. The recent trend exhibits relatively small changes.

Data released this week by the Bureau of Labor Statistics, part of the United States Department of Labor, shows a mixed employment situation in the Wichita Metropolitan Statistical Area for October 2021.

The following chart of the monthly change in the labor force and employment in Wichita over the past year shows both gains and declines. The rate of change since March is small as the economy settles into a more stable pattern as Wichita and the nation recover from the pandemic. 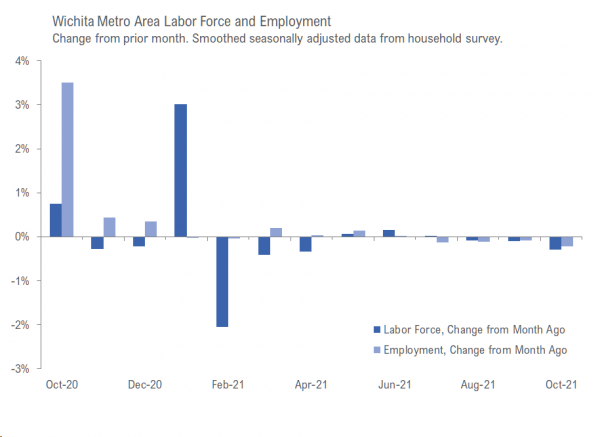 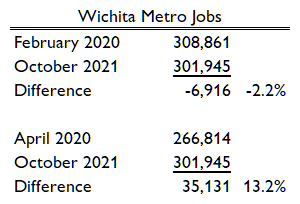 The following chart of changes from the same month one year ago shows Wichita now having more jobs than a year ago for the past six months. The labor force has varied up and down. 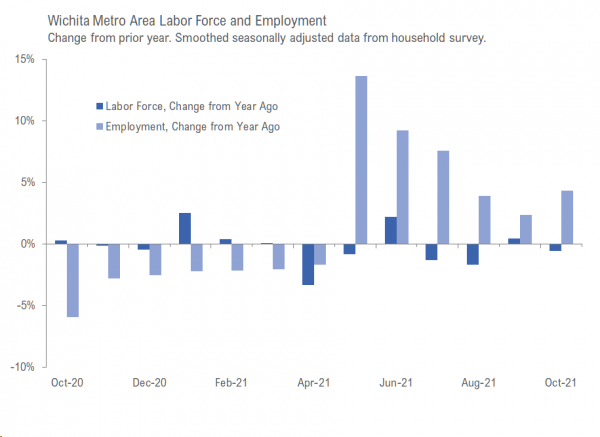 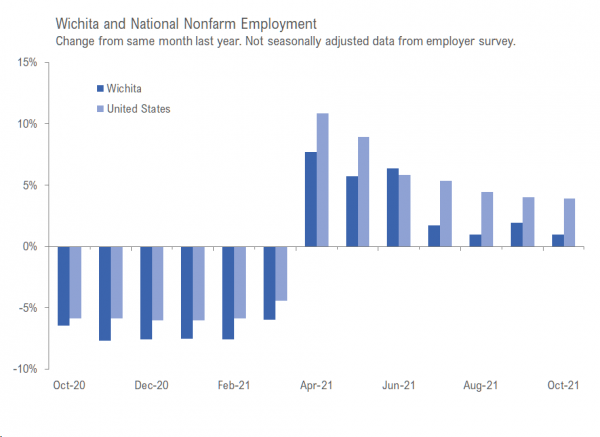 The following chart shows the monthly change in nonfarm jobs for Wichita and the nation. Since October 2020, the changes have been relatively small, with both gains and losses. The loss of jobs in July is notable for its large size. 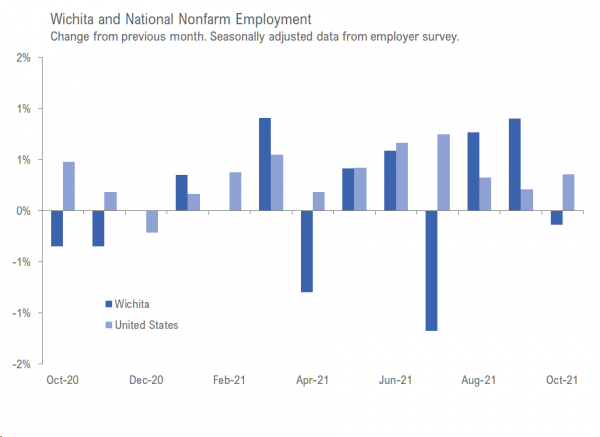 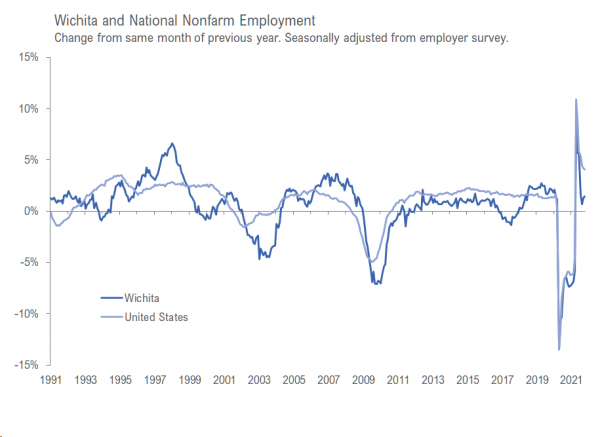 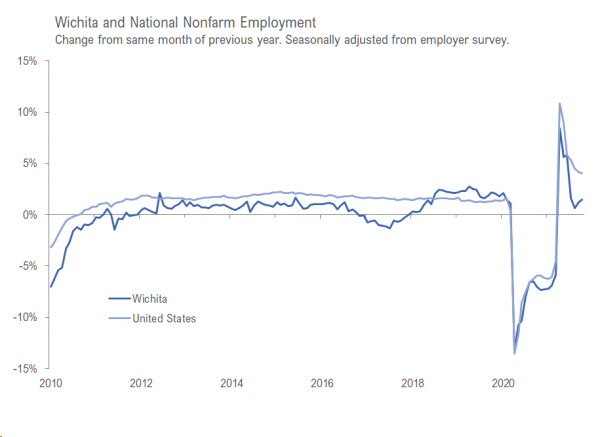 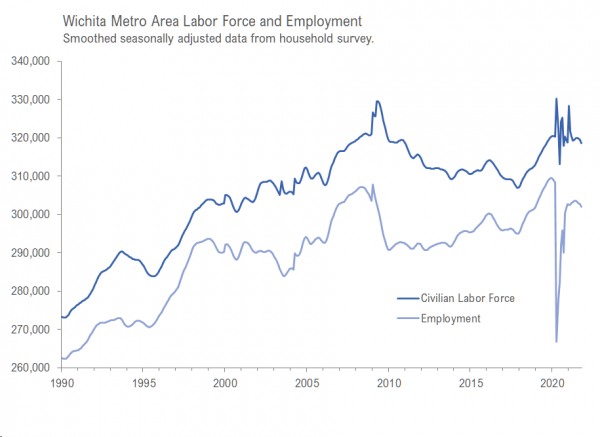 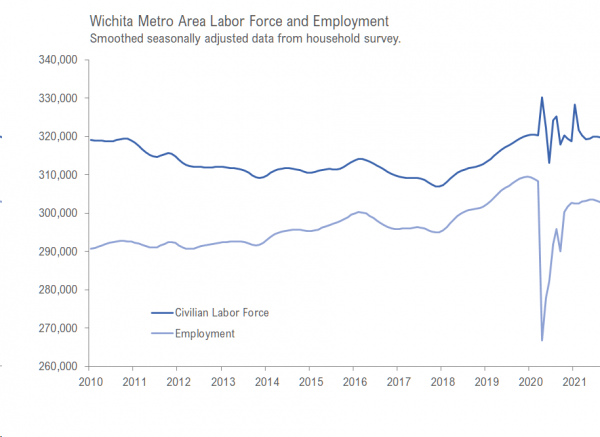 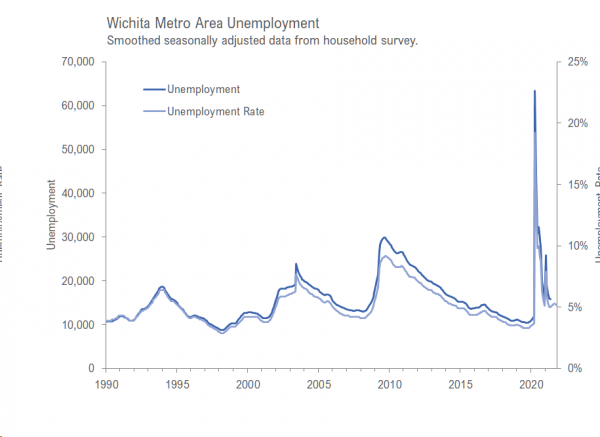 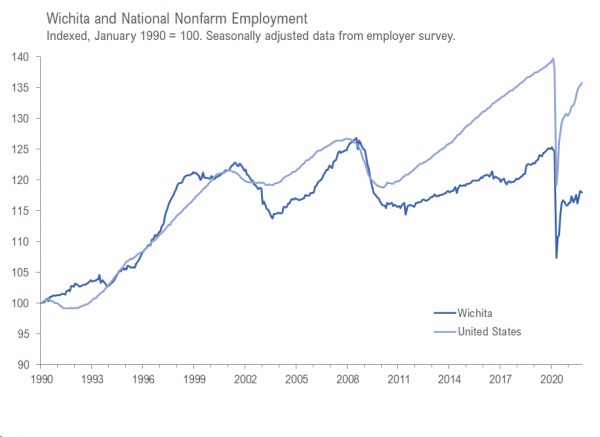 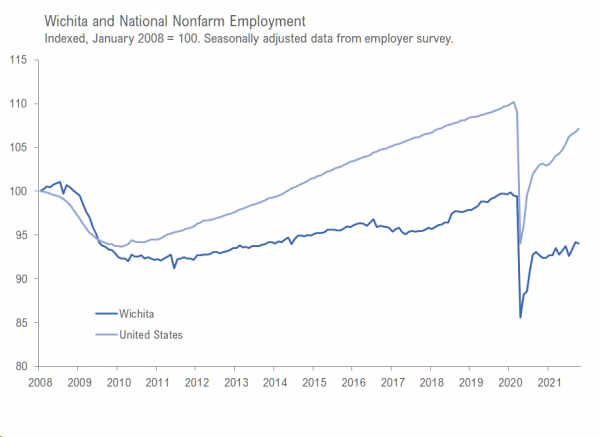 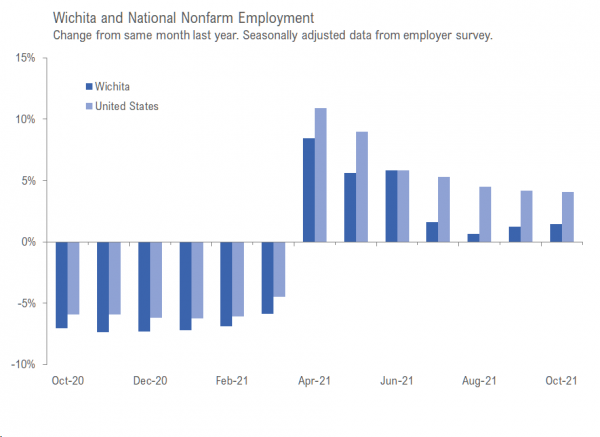