For the Wichita metropolitan area in January 2020, the labor force is up, the number of unemployed persons is down, the unemployment rate is down, and the number of people working is up when compared to the same month one year ago. Seasonal data shows increases in labor force and jobs from December.

Data released yesterday by the Bureau of Labor Statistics, part of the United States Department of Labor, shows an improving employment situation for the Wichita Metropolitan Statistical Area.

Considering seasonally adjusted data from the household survey, the labor force rose by 1,149 persons (0.4 percent) in January 2020 from December 2019, the number of unemployed persons rose by 79 (0.7 percent), and the unemployment rate was 3.4 percent, unchanged from December. The number of employed persons not working on farms rose to 302,522 in January from 301,452 the prior month, an increase of 1,070 persons (0.4 percent).

The following chart of the monthly change in labor force and employment shows the positive trend in employment and labor force over the last nine months. 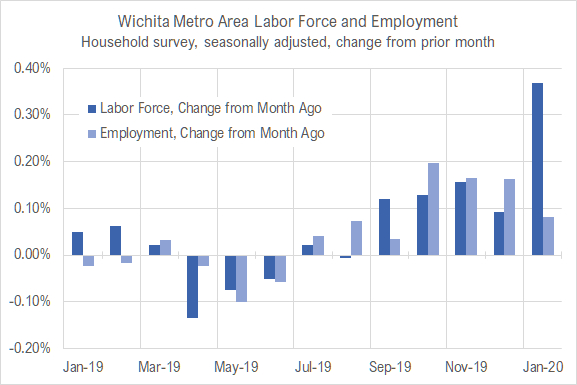 The following chart of changes from the same month one year ago shows a decline in the rate of growth of both employment and labor force considering the entire year, but with growth returning the past five or six months. 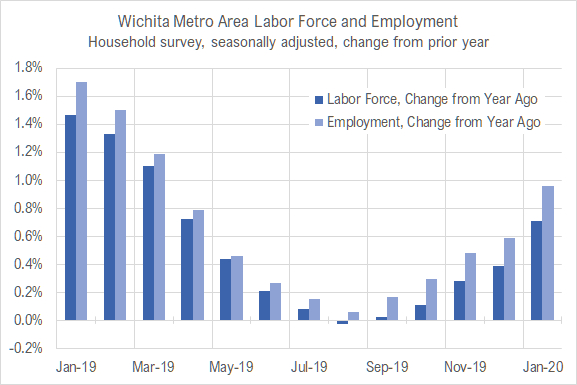 The following chart of changes in employment from the same month of the previous year shows months when the Wichita MSA performed better than the nation. Over the past 12 months, the average monthly job growth for the nation was 1.38 percent, and for the Wichita MSA, 1.80 percent. 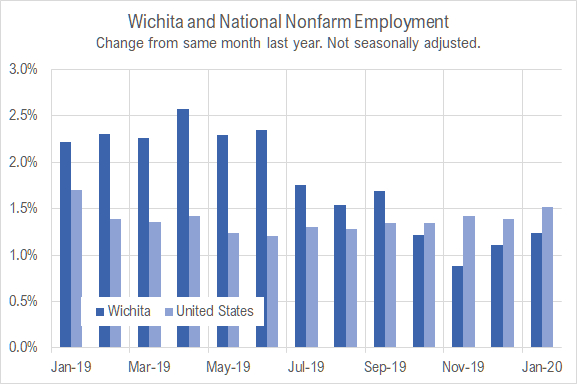 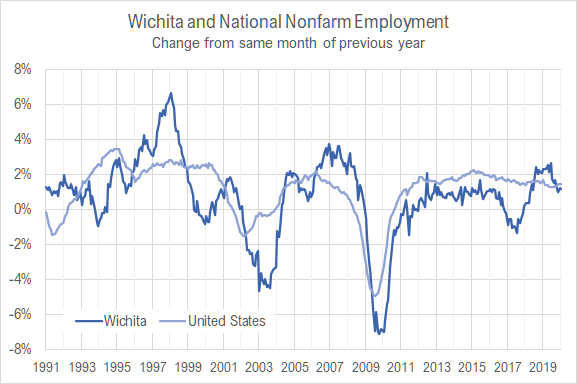 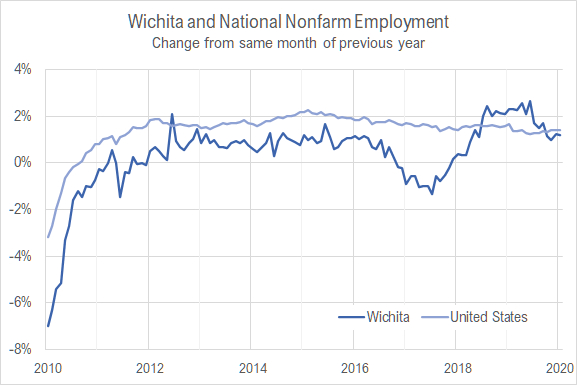 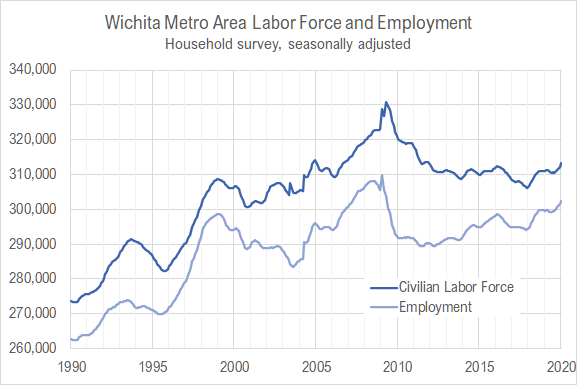 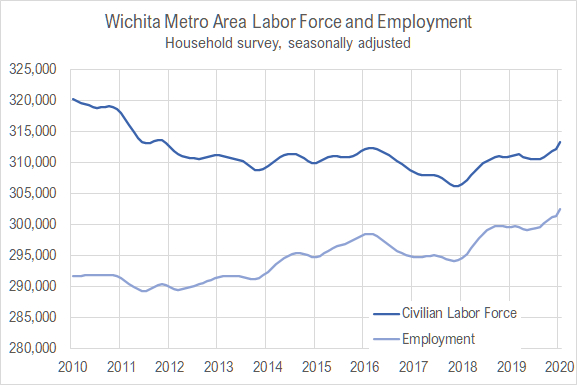 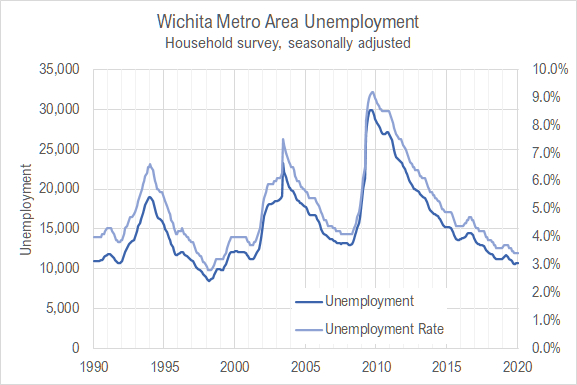 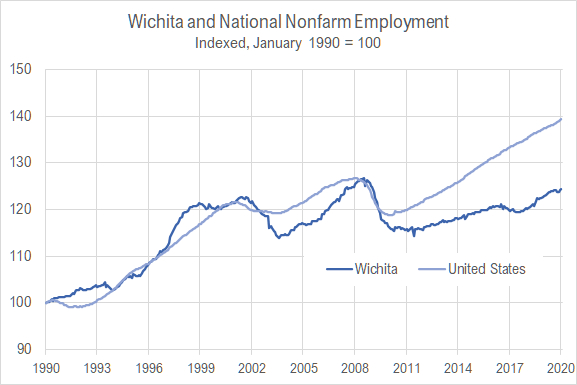 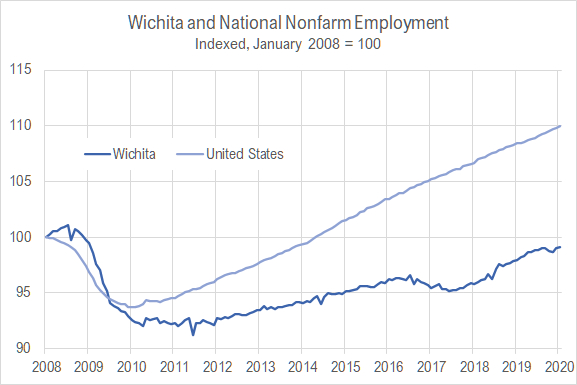 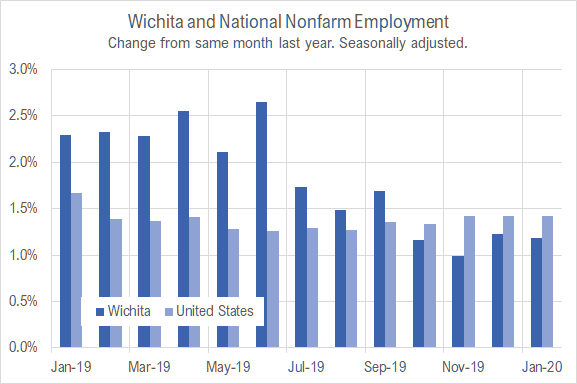 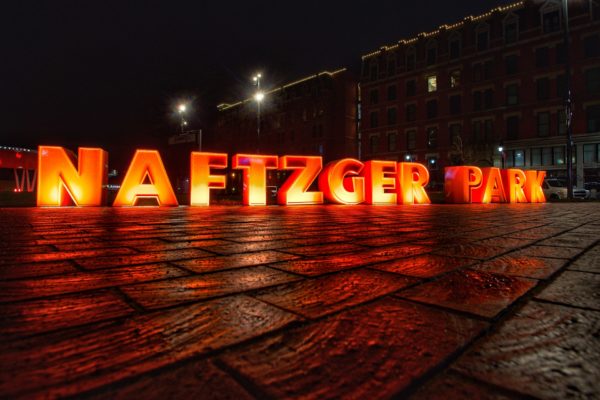