In a report looking at the economics of the 100 largest metropolitan areas, Wichita often ranks near the bottom.

Each year Brookings Institution creates an index of major metropolitan areas called Metro Monitor. The report, says Brookings, “explores the local realities of America’s economic progress, illuminating how metropolitan economies are performing today and over the past decade.” The report for 2019 is available here.

Prosperity looks at percentage changes in productivity, standard of living, and average wage. 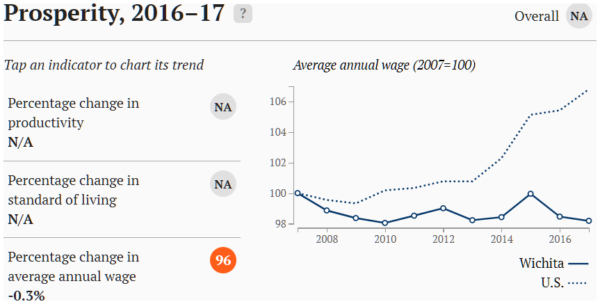 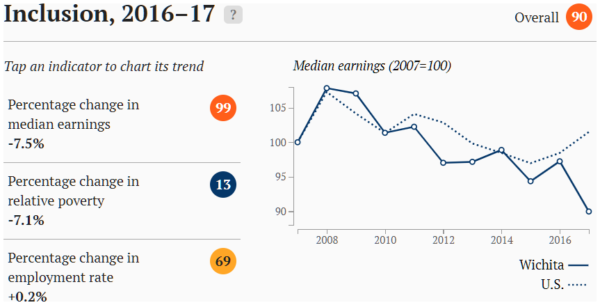 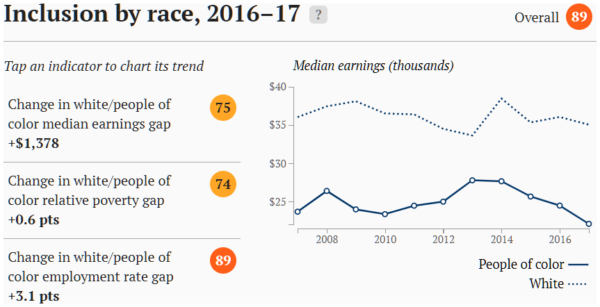 Employment data is available quickly, however. The nearby chart, displaying data from the Bureau of Labor Statistics, shows changes in the number of jobs for Wichita and the nation, displaying the percentage change from the same month of the prior year. 2 It’s easy to see the slump in Wichita in 2017. Since then Wichita has improved, with some months showing greater job growth than the nation. From January 2018 to August 2019, national jobs grew by 2.6 percent, and in the Wichita MSA, by 2.2 percent. 3